I have taken some grief over my professional assessment of the Chauvin trial, so let me say this upfront. Long before this case, having grown up below the Mason Dixon line, and having experienced blatant and overt racism in my own household, I have always felt that People of Color have not been treated equally and fairly by the system, and they have fared poorly with the police. I have dedicated my career to seeing there is justice for people of color and have been a shareholder in the complete overhaul of the criminal justice system by participating in the creation and implementation of the MI Indigent Defense Commission. I currently work, in part, as an MIDC funded attorney and regularly work weekends and holidays so the accused have a lawyer at a bail hearing. For the last 22 years, my career has focused on court-appointed capital cases (life felonies) and for all 31 years of my practice, 80% of my docket is court-appointed cases. I am faculty for trial skills assuring that other lawyers are the best trained to represent poor people in this state. I also take over 50 hrs of training a year to assure that I, too, am the best trial lawyer I can be.

The System is still broken to this day, I see abuse of discretion in the decision to stop, search and arrest people of color. The system is set up for pleas, not trials. The Chief Justice of our Supreme Court in her efforts for bond reform and the elimination of cash bonds for many offensives sees a system that needs repair. A new court rule recently gone into effect taking away the court’s powers to issue bench warrants for show causes (failure to pay fines and costs) The aforementioned MIDC has created a system where there are investigators, funding of experts, lawyers have mandatory education and fairness in the rotation of counsel. But, it still favors pleading cases and rewards quick resolution. We are slowly changing the institutionalized thinking of the shareholders in the system. Still, way too many cases end in pleads.

The conviction of Derek Chauvin shows that the criminal justice system works and that police must be accountable. Departments will train harder, more reform will be in place, and, with the help of the Creator, we won’t have more George Floyd, Breonna Taylor, Duante Wright tragedies, and so many more needless deaths.

The grief I am getting is because I have spoken out about how Chauvin was defended. Having successfully acquitted people accused of murder and having tried several of these cases, I feel I have some standing to call our poor defense skills when I see them. Some of my fellow defenders fell into the trap that the evidence was overwhelming. Me to them, Bull Feces, (Having just come out of FB jail me no cuss no more), you don’t need to cosign the government. As you can see, if you have learned and mastered reasons to doubt, very few of the government’s cases are cut and dry. Many of the defenders, however, were with me wondering if the defense attorney had taken the time to become trained in the storytelling method (anyone who went to Gerry Spence’s Trial College or a derivative of it-like I did familiar with this method. In my trial college, we used and still use a stage actor Josh Karton as our lead facilitator) in the process, we tell a story, through witnesses that (1) create reasons to doubt and/ or (2) support an alternative version of what the government is presenting. We start that process in jury selection. Probing individual potential jurors on situations where they were presented versions and had to make decisions. Getting them to talk about them.

We can tell our client’s story through the witnesses, most of the time through cross-examination We also can create doubt in the government’s version by crossing on things that are not there or have explanations that feed reasons to doubt. To be effective, the storytelling method requires us to get the jury to the scene of the crime. Get them inside of the heads of the witnesses. Inside the accused what was going on. Do we really know what the accused was thinking? Create the chaos. All go toward doubt. It requires us to do reenactment so we truly understand what was there. I do my opening and closing arguments in the first person. It is in the “voice” of the witnesses or even my client. It forces me to learn the stories in the case and I often will act them out.

Now to my criticism of the defense, I do not feel that he got us to the scene. He focused on the causes of death. Sure I get it. Did the drugs cause the death? Did he have a heart attack? Where did Floyd’s ingestion of these things end and Chauvin’s actions begin? Maybe doubt huh? Nah? DO YOU REALLY WANT TO GO AFTER A DEADMAN whose death is very disturbing because your client’s knee is seen on his freaking neck for several minutes, Red Herring. Sorry, but there were more fruitful avenues. Did he get the jury into Chauvin’s mind on the scene? NOPE. Every one of those cop witnesses was talking about Chauvin’s actions after the fact. The great question would put them in the scene. You have a resisting arrestee. The body camera supported that. Do a blow-by-blow demonstration. The adrenaline, the noise, your job to keep an eye on the suspect but also protect yourself and importantly your gun. Yes, I have tried more than my share of resisting cop cases and do this to show the utter chaos that goes on. Mine being the suspect getting all kinds of shit yelled at him and the inability of the suspect to comprehend everything coming at him. Then get the scene to putting Floyd on the ground. He had resisted. You still have to be aware of your gun and your personal safety. Trust me, a cop is hyper-trained for his or her safety. That is why you see so many shootings over perceived weapons. A crowd was forming. Adrenaline on board. Is the crowd hostile? Split attention on the crowd and suspect, one who has been resisted. Your training teaches restraint until backup arrives. Did Lead Counsel Nelson really familiarize himself with all the training. Did Nelson really focus on the scene where Chauvin may have been negligent? Gross negligence appears to be in Manslaughter II (See below).

This is the statutory definition of 2nd Degree Murder in Minnesota. (1) causes the death of a human being, without intent to effect the death of any person, while committing or attempting to commit a felony offense. So the jury had to agree that Chauvin was committing a felony. I am assuming so kind of felony grade assault. My questions go to the commission of that underlying felony.

Here is the definition of Murder 3 in Minnesota. Whoever, without intent to effect the death of any person, causes the death of another by perpetrating an act eminently dangerous to others and evincing a depraved mind, without regard for human life, is guilty of murder in the third degree and may be sentenced to imprisonment for not more than 25 years. This is akin to our murder two (natural life or term of years with parole eligibility) statute in MI.

Here is the definition of Manslaughter 2nd degree in Minnesota 609.205 MANSLAUGHTER IN THE SECOND DEGREE.

A person who causes the death of another by any of the following means is guilty of manslaughter in the second degree and may be sentenced to imprisonment for not more than ten years or to payment of a fine of not more than $20,000, or both. (1) by the person’s culpable negligence whereby the person creates an unreasonable risk, and consciously takes chances of causing death or great bodily harm to another.

Placing a jury into the head of Chauvin is what Lead Counsel Nelson had to do. He did not. He did the number one no no in the case and that is to answer the government’s story. Instead of creating his own story, Nelson tried to just jar the conclusions. One that was already fixed because he did not, for example, take the testifying police witnesses into the belly of the fire. The scene if you direct the story toward the negligence standard of Manslaughter II, then you are creating doubt or clouding it on Murder 3 an egregious act, and surely clouding the commission of a felony.

I often tell my trial lawyer student’s that the government’s story is rigged toward one end Guilt. It’s simple logic. Your premise that someone is guilty or a wrongdoer and then you consciously or subconsciously look for all evidence to support that conclusion. OJ Simpson’s case was a classic example of a detective (Mark Fuhrman) rushing toward guilt and leaving gaping holes in the process that allowed Robert Shapiro and Johnny Cochran” to drive a Mack Truck full of doubt”- one of my favorites self created phrases when I use in closing argument. A good defense attorney exploits that looking for nuggets that throw doubt into that logical stream. It is not that hard. I tell them creating doubt is so much easier than going to not guilty.

So, I started this with I catch grief. I have spent 31 years honing my skill as a trial lawyer. Pre pandemic I was averaging 8-10 juries a year and the majority of them have been capital (life max). So I in the pit of my stomach, this verdict is unsettling. I would be more accepting of it if Nelson had done some good lawyering. I have accepted tough verdicts when I knew I did my best in telling the story. Not all doubt is bought and sometimes the government’s story is compelling.

It is not incongruent to be a social justice advocate on one hand, yet be dissatisfied with a verdict on the other hand because of poor lawyering. Even if the verdict perpetuates the goal of furthering social justice. To applaud a verdict acquired by poor lawyering, undermines everything I have done to improve the criminal justice system. At least I am consistent.

GPS is not your Geolocator 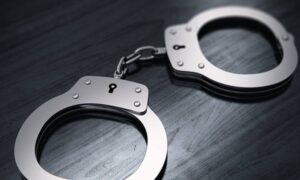 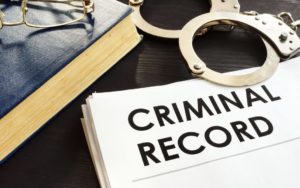 Criminal Records For Residents Of Michigan 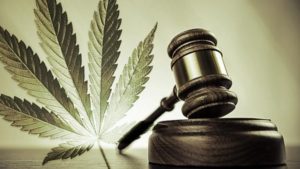