What is a criminal defense lawyer? He or she is a legal professional who organizes a case in order to represent a client who is accused of a crime.

These crimes include sex, drug and violent offenses which are things that are not approved by society as seen in this countrys laws.

The job now of the criminal defense lawyer is to fight for the client by defending the client in open court in a jury of their peers. In some cases, this person is successful when the jury gives a verdict of not guilty. Other times, the jury will say that the accused is guilty.

If the jury does not have a unanimous decision, the judge has no choice but to call for a retrial. Should there by a mistake made in the trial such as the selection of the jury, the judge will say that it is a mistrial and once again, both sides will have to start over and present their case.

There are instances where the criminal defense lawyer and the prosecutor dont have to settle this matter in court. This may happen as both sides have an agreement and this is approved by the judge.

But how does this all happen? First, a crime has to be committed. Law enforcement authorities will then have to figure out what happen and if they have enough evidence, a suspect is arrested.

The person who is arrested has the right to remain silent during questioning until their lawyer is present. If the person cannot afford one, then a lawyer will be provided so even those who dont have money will be properly represented.

The sixth amendment in the bill of rights state that anyone who is arrested has the right to a speedy trial and this has to be done where the crime was committed. After being arraigned, the criminal defense lawyer will now conduct an investigation by interviewing witnesses, reviewing police reports and any other evidence that is related to the case.

The suspect that is charged with the crime can only be convicted if the case presented by the district attorneys office is very convincing. This means that a criminal defense lawyer can get a not guilty verdict by putting holes into the defense of the prosecution. When this happens, the client is freed. Should things go the other away, the criminal defense lawyer can make an appeal to the higher court regarding the lower courts conviction.

Can anyone become a criminal defense lawyer? A lot of experts say no because unlike other specializations in the practice, some find it very intimidating especially when the client that you have to represent is actually guilty of the crime. But given that you are that persons attorney, it is your duty to defend the accused to the best of your ability from start to finish.

Given that crime of all sorts and nature occur, some have set up their own law firms that specialize in criminal law. Most who graduate from law school work for the government and are often referred to as public defenders.

How much you earn as a criminal defense lawyer varies. This depends mainly who your client is because if you are defending a millionaire, you can charge a lot for your legal fees while someone who doesnt earn much will be able to only give how much is in their wallet.

A Criminal Defense Lawyer Can Help You Defend Against Murder Charges 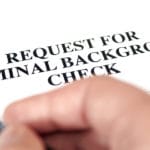