Macomb County Circuit Court Armed Robbery Defense. Not guilty of Armed Robbery. Guilty of Unarmed. Life Felony gone. Convicted of a 15 year. Given the event was captured on HD video recording and when he was apprehended a month later, he just happened to have a very unique hoodie in his personal belongings. The very one used in the incident. Client IDd by clerks recognition of his voice. The assailant was a previous frequent customer. Stellar outcome.
Key to success. Us playing the video in slow motion from 2  camera angles, one capturing a view of the assailant’s hands. Jury found no implied weapon
There are a lot of lawyers that parade results. Me I have a primarily capital case (life max) docket. As in this case and many of mind, damaging evidence such as client statements, video recordings and physical evidence, all came in.  I didn’t go to law school to try traffic tickets, I try the toughest ones.  Most the time as court-appointed with no resources. When assessing whom you hire, have them talk about those tough cases.
Michael L. Steinberg, Esq
A Constitutional Warrior
Macomb Armed Robbery Defense Macomb County Defense Attorney Macomb County Robbery Defense Michael Steinberg
FacebookTwitterLinkedIn 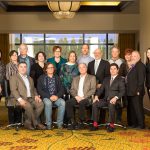 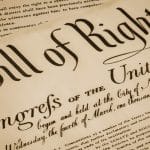