It’s been a spectacular few days at the Law Offices of Michael L. Steinberg in Fighting for one’s Fourth Amendment Rights.
The Court granted Defendant’s Motion to Quash the Information.  Defendant was charged with Resisting and Obstructing a Police Officer.  Part of that charge encompasses disobeying the lawful order of a police officer. Defendant has a common law right to resist an illegal arrest.  The Fourth Amendment requires the police to have probable cause to arrest, defined as Criminal activity afoot or some very narrow grounds.
In the case, Mike Steinberg argued to the district court judge that a citizen can legally, loudly protest the towing of her friend’s car and not be subject to arrest.  That there was nothing to investigate as the police agreed to the same  That there was no valid exception to detain “to sort things out”  The District Court Judge agreed that the defendant could protest, but nonetheless interfered with their duties.  Mr. Steinberg filed an extensive brief on Fourth Amendment jurisdiction including some from our overseeing Federal Sixth Circuit Court of Appeals. In his brief, Mike Steinberg analyzed exceptions and argued why they did not apply. Mr. Steinberg thanks, Thomas Loeb for his immediate access and grasp of a very helpful Sixth Circuit case.   The Circuit Court agreed with Steinberg’s analysis and GRANTED the Motion to Quash which extinguished the case.  As my colleagues would report, getting such a result is very rare.
There are many choices for lawyers out there.  To paraphrase my favorite coach Mark Dantonio. While some are talking about results, Michael L. Steinberg is getting them.  Michael L Steinberg remains committed to fighting any case along with fighting for one’s Fourth Amendment rights.
Fourth Amendment Rights Macomb County Defense Attorney Mike L. Steinberg Defense Lawyer Oakland County Defense Attorney
FacebookTwitterLinkedIn 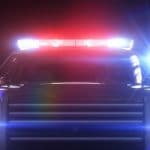