A Criminal Defense Lawyer Can Help You Defend Against Murder Charges

Murder is one of the harshest things you can ever be charged with. If you are arrested for the crime, it wont be long before you will be charged in court for the crime but you can prove your innocence with the help of a criminal defense lawyer.

When you are brought in for questioning, the first thing you have to do is ask for a lawyer. If you cant afford one, dont worry because a state appointed lawyer will be assigned to you. But if you have money, it is best to hire a private attorney since they often have better success rates than public defenders.

Once counsel is present, work with them so you can come up with a defense strategy. You will have to tell them exactly what happened. If you really committed the crime, they can argue that there are circumstances which made you do it.

It is possible that you killed the person by reason of self-defense or possibly you were temporarily insane. If you do this, you will be examined by a psychiatrist because some people fake it.

You will shortly be arraigned so a trial date can be set so you should already enter a plea of guilty or not guilty.

Days before trial, your defense lawyer should already work on a plan to create reasonable doubt in the minds of the jury. He or she may hire expert witnesses to testify on your behalf, present strong counter arguments and attack weaknesses in the prosecutions argument.

Since your lawyer will have a chance to see what will be used in the case, he or she may be able to suppress certain evidence if this was obtained illegally. This may sometimes get a guilty person off on a technicality but this is all part of the judicial process.

On your part, the only thing you have to do is behave yourself during the entire court proceedings because your lawyer will be the only one doing the talking. Better yet, behave in a way that will make the jury think twice if you are capable of doing such a heinous crime.

The objective in a criminal trial is to cast reasonable doubt in the minds of the jury so no matter how many witnesses are called to testify or what evidence is presented, you have a good chance of getting a not guilty verdict. But if things do not work out, then you can appeal the decision of the court.

You can avoid going to court if you decide to negotiate with the prosecution. For instance, if there were other people involved in the crime, you can testify against the others in exchange for immunity or a lesser charge. You should consider this option if ever it is presented to you.

If the evidence is overwhelming, perhaps you should just plead guilty because if you are convicted, some states will sentence you to face the death penalty. Doing so will probably get you life imprisonment probably with no chance of parole.

A criminal defense lawyer is the only person who will be able to help you if ever you are charged with murder. It is only by cooperating with this person that will prevent you from spending the rest of your days in prison. 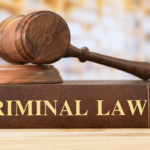 How Does a Criminal Defense Lawyer Do Their Job